There is also Startup Weekend Aarhus and here is the theme Health, Trendsonline.dk took a chat with all the teams that are busy getting ready for final pitches.

is from Hamburg and has always wanted to attend a Startup Weekend and did not come to it in Hamburg last year and therefore he chose to go to Aarhus with a friend. Alexander is working on a project where he will help the elderly and others who forget and take pills during the day. There are many challenges, the App in the Google Store and the Appstore, that will help you take the right dose at the right time. 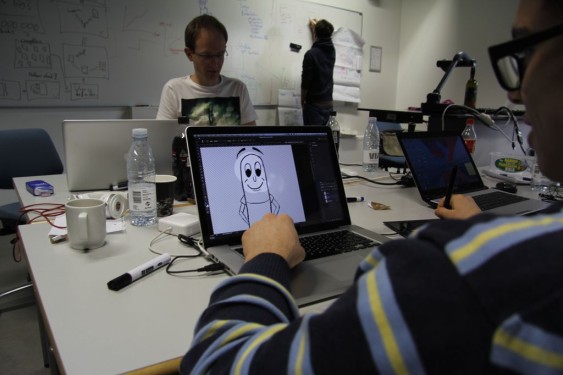 “We have an app that works and mockups of what it will look like in the future. We focus a lot on pain in the market and business model ", says Alexander Wisselt

that can identify if the elderly fall. "It is a big problem if the elderly risk lying down for several hours," says Knud. They have made a prototype that can detect a drop and that can later detect heart rate. When this happens, the nursing staff or a relative is notified if this has happened. "We win", says Knud Sørensen with certainty in his voice in conclusion. 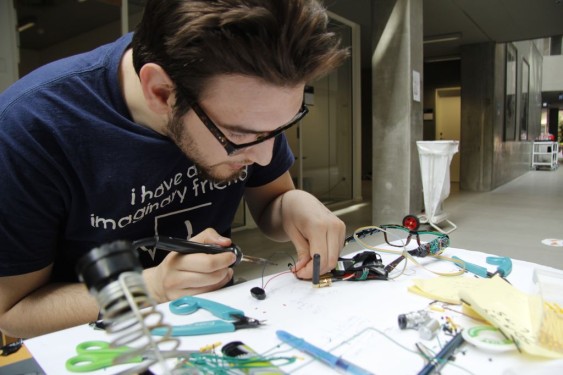 is the next in line, and they are seven on the team. Together with the others, she has worked on a project where they want to promote public health by making cycling a part of everyday life.


BikeMeUp will create an app so you can easily encourage,

challenge people to ride a bike (red: and you do not have to sit two on the bike;). What BikeMeUp does is make sponsorship agreements that can be used for the various competitions between cyclists. 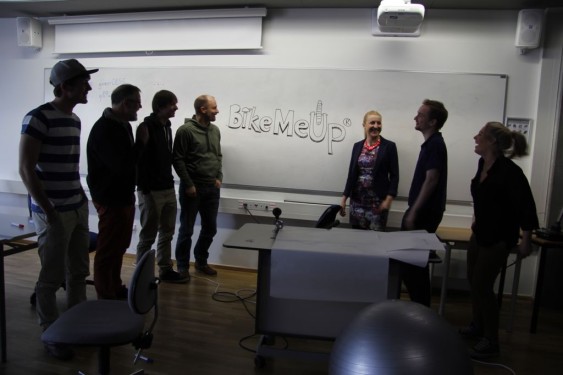 As Jesper Weltz says before we get further down the hall to the next group says:

"This project is really cool, it's Wrapp who meets Foursquare mixed with public health"

We come a little further down the hall and here are the six participants and here we talk to Kenneth Sejrsbøll Holm, who is working on a project called HelmMeRemember. They want to help Alzheimer's patients, and the way they do that is by making an iPad app that helps them. This is done through video and pictures from family members and a system that will give patients more joy in everyday life. 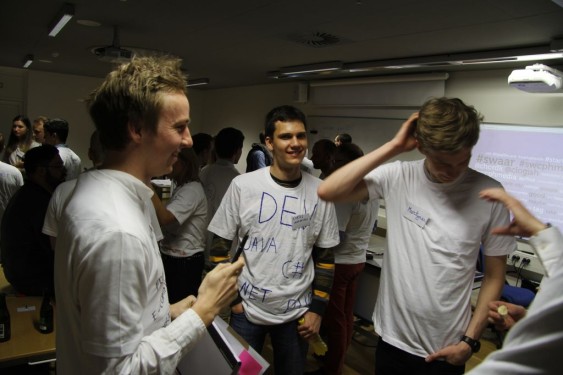 is a dietician on a daily basis and their group will create an app to help people with obesity.

They will provide overweight success stories because it requires hard work and a change of habits. After tonight's final pitches, Anne hopes that it will be something that can be realized because it is really needed. 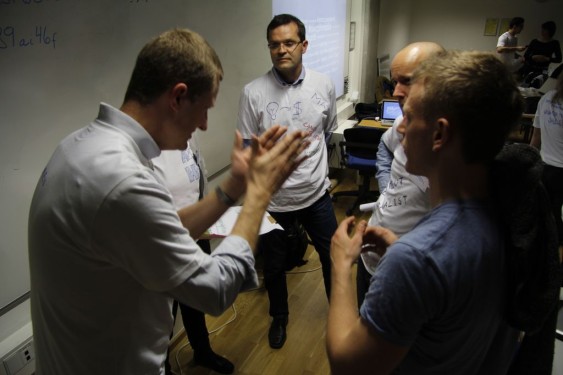 The last group led by Christian Krogsdahl will help parents make healthy packed lunches. They have been out and validating the idea by 18 parents who have the same problem, and it's time. They want to make an iPad magazine, and for the presentation they have a prototype and business model ready. 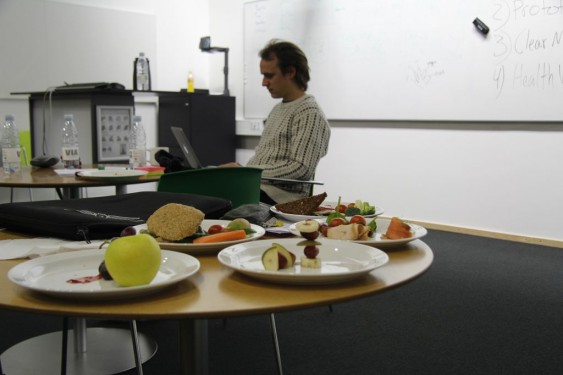 We wish all the teams good luck and follow up with an article later with the winner.

Aarhus was founded by the Vikings around 770 and is therefore one of the oldest cities in Northern Europe. Even then, the location at the mouth of the Aarhus River was very important for the Vikings' favorable trading conditions. However, in the 16th and 17th centuries, the city lagged behind other Danish cities such as Copenhagen, Flensburg and Altona in terms of trade. Only after the loss of the southern duchies of Schleswig, Holstein and Lauenburg did Aarhus regain importance, so that the city grew again in size in the 19th and 20th centuries.

1. Charming apartment with balcony from Anna

We found Anna's accommodation on Airbnb . The apartment was perfect for us and we felt very comfortable here over the two days. The apartment is not in the city center of Aarhus but in the suburb of Viby, but you can get to the city center quickly by car or public transport. The sights around Aarhus can also be reached quickly from here. Anna has furnished her 3-room apartment very warmly and lovingly. Every single room had its own special charm and was very well maintained.

2. Walk in the park of Marselisborg Castle

The park of Marselisborg Castle is particularly nice for a walk when the Danish royal family is not visiting their enchanting summer residence. We definitely enjoyed our time here and strolled for a long time between flower beds, old trees and hedges. We would have liked to take a look inside the castle, but unfortunately this is not allowed for visitors. If the royal family is spending their summer vacation in the castle, a visit to the changing of the guard of the royal guard at 12 noon is definitely worthwhile.

3. Enjoy at "The Burger Shack"

When you're out and about with two boys, the question quickly arises: “Where are we going to eat?” We discovered “The Burger Shack” rather by chance. There aren't too many seats in the small burger shop, but in the end we found three empty chairs on the terrace in front of the restaurant. The burgers are ordered at the counter and then quickly passed into our hands for enjoyable consumption. Both the burgers and the rosemary fries are homemade and so delicious. We would go back next time we visit.

I love dishes, did I mention that before? To the chagrin of my loved ones, I have to visit every crockery store and the crockery department of various department stores that we come across on the way. So in Aarhus we went to the Royal Copenhagen shop. The Danish company has been producing luxurious porcelain with a royal flair for over 200 years. It is therefore very well-known beyond the Danish border. I particularly like the Royal Copenhagen Christmas tableware with the traditional Christmas symbols and garlands. It will definitely be on my wish list and maybe one or two pieces will end up under our Christmas tree.

5. A cocktail on the roof terrace of Salling

If you climb onto the roof of the Salling department store after strolling through Aarhus City, you can end the summer evening with a cocktail in hand. From up here you have a wonderful view over the old town: You can take a leisurely look at the ARoS art museum, Aarhus Cathedral and numerous other sights. Those with a head for heights can enter the glass ramp and float 25 meters above the pedestrian zone. And best of all: the view does not cost anything. The roof terrace can be visited during the opening hours of the department store.